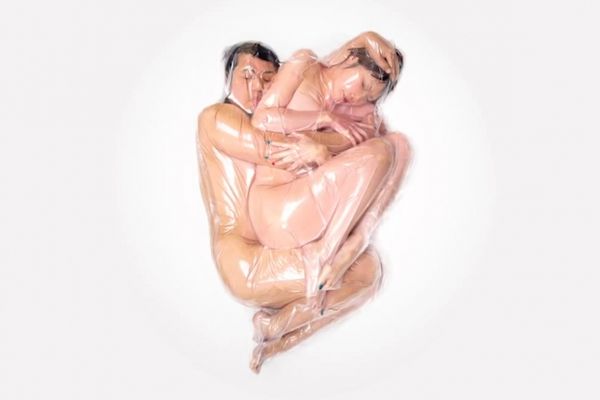 These Condomania Ads Show Couples Bound Together by Tight Plastic

Rahul Kalvapalle — May 6, 2014 — Naughty
References: fotologue.jp & creativity-online
These print ads for condom company Condomania shows couples tightly bound together by lots of plastic. The ads are based on the work of Japanese photographer Hal, whose photos often feature humans and objects tightly vacuum-packed inside plastic. His work was appropriated by the Ogilvy & Mather ad agency for their client, Condomania. The tagline on the images reads 'Preserve the Love. Wear a Condom.'

This Condomania print campaign is accompanied by a film that shows the process of creating the ads. It features some surprisingly profound thoughts from couples bound inside plastic, who explain that despite the discomfort and creepiness of being tightly packed together, they felt like they were literally becoming one person.

In Hal's words, "human beings aren't completed if they're just by themselves."

Twilight Years-Improving Projects
Designs On: Aging by Ideo are Geared Towards the Elderly