Emily Holdridge, Co-Founder of Everything Happy (INTERVIEW)
Next
Set of
Related
Ideas 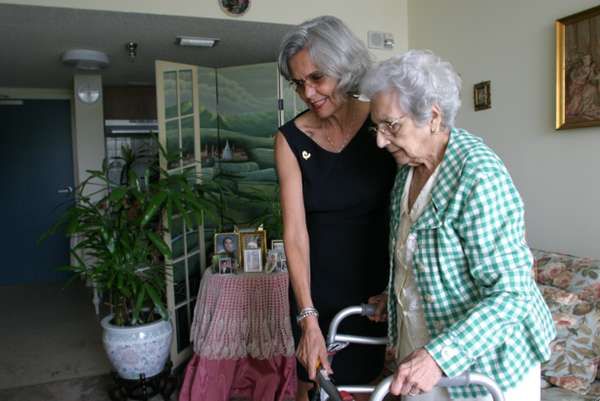 Here, Bretos expands on her interest in keeping aging America a priority and also shares a story about 85-year-old Vera who served as a source of inspiration for Mia Senior Living Solutions.

Like a few of the other social entrepreneurs that we've featured of late, Conchy Bretos was named one of America's Most Promising Social Entrepreneurs of 2011 by Bloomberg Businessweek. Her story is one with heart and behind her she has a social enterprise that is working to reinvent low-income assisted care in the United States.

In 1995 I wanted to create a company to solve both the social and economic problems caused by an aging America. I was convinced that only as a business endeavor could a project become large enough to impact a large number of people. If I wanted to do this in less than five years the company had to be fueled by profits. It is the only way to grow. Today we remain very vigilant to the fact that profits cannot interfere with our social agenda.

I am inspired by my belief that we are what remains of us. I have always wanted to leave my mark on this world, to provide some evidence that I existed. I also believe my life is the result of unintended consequences that have given me no choice but to act when confronted with a human dilemma. I was born in a culture that highly respects and values its elders. At the age of 14 years old I was flown to Miami as part of the 14,000 unaccompanied children that came into the U.S. during the first decade of the 1960s, I lived in an orphanage in Nebraska and learned to identify with those less fortunate, their plight and needs. Ever since I have not been able to face injustice and remain uninvolved. In 1994, while traveling the State of Florida as Secretary for Aging, I met Vera, an 85-year=old woman who had lived in public housing all her life and was now in a nursing home. She was placed in a nursing home because she was acting disoriented and lacked the funds to live in an assisted living facility. I promised Vera that I will bring her back home. When I returned to Miami I was able to convince the Director of Miami Dade Housing Agency to give me one of the old high-rise buildings. In less than one year the Helen Sawyer Plaza was converted to the first public housing assisted living facility thus becoming the model for the nation and winning four national awards. Vera was the first resident to move into Helen Sawyer Plaza.

I often dream of things that never were and asked myself why not? I do go through this ritual of asking myself why am I here when in the presence of a social issue. What role do I have to play in resolving it? After all, innovations are not a function of logical thought. I convince myself to act by acknowledging that often I have tried and failed but never I have failed to try.

Kelli Dunavant and Gaston Javurek, No One Without (INTERVIEW)
For-Purpose Fashion Brand
play_circle_filled