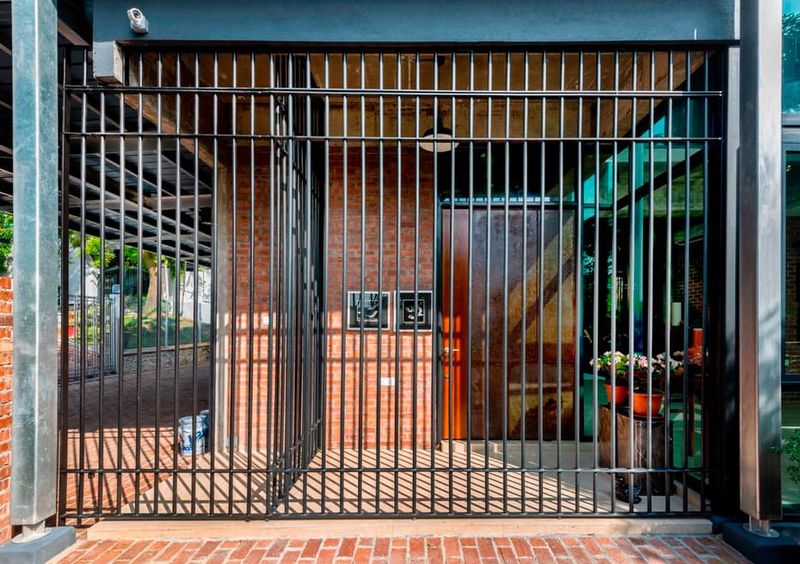 Rahul Kalvapalle — March 26, 2016 — Art & Design
References: dtlm.my & archdaily
The Clay Roof House is a house whose most unique feature is rather obviously given away in its name. Designed by Malaysian-based architectural practice Drtan Lm, this unique home features a terracotta brise soleil made using high-quality Indian-made tiles in addition to a brick lattice brise soleil.

The inclusion of two brise soleils is part of a deliberate attempt to reduce solar heat gain and minimize glare, a major problem in the harsh Malaysian summer. With the building set to face west, it will be subjected to strong sunlight in the morning and afternoon, but residents will gain relief thanks to the building's tile-shading setup.

Ultimately, the Clay Roof House goes to prove how intelligent architecture can make it possible to deflect harsh weather conditions without necessarily running up the price too much.