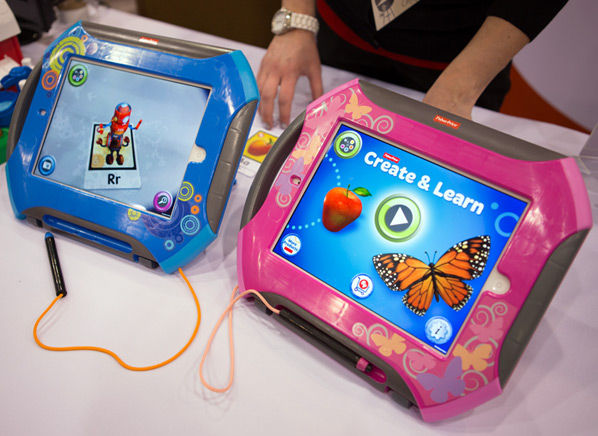 While some may scoff at the idea that a child’s imagination may need to be augmented with a touch screen or tablet, the new products are combined with apps that interact with the child and the playset in interesting and fun ways, as revealed at CES 2013.

The most interesting example of Fisher-Price’s is a re-imagining of their ubiquitous Little People Barnyard Playset, now with a built in iPad dock. The included little people figurines come with an attached capacitive nub on their bottoms, meaning they will interact with the iPad as well as a user’s finger.

Fisher-Price is also releasing other app-enhanced toys and playsets, like an updated version of their castle set, and interactive storybooks that speak and turn pages for the user.
2.5
Score
Popularity
Activity
Freshness
Attend Future Festival