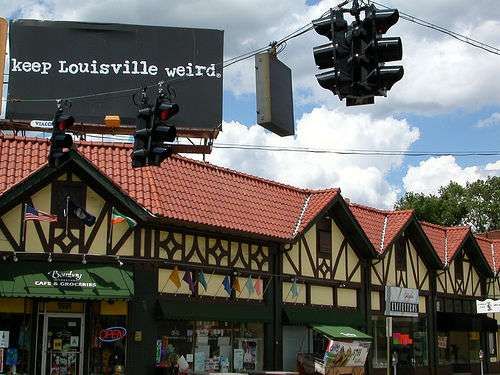 The slogan can be found on a sticker, billboard and t-shirt usually in liberal leaning areas of the town. Other meanings can be taken from the slogan. For example, Louisville is located directly between the North and South of the U.S., therefore giving it a seriously epic case of multiple personality disorder.

The originator of the “Keep__ Weird” term is Austin, thus cementing itself as head of the tribunal of uniqueness. However, Portland and Louisville are not cities to just be pushed aside as posers. Each brings its own distinction of individuality and abundance of kick-ass local businesses to the table.

Other cities have been said to be adopting the slogan (I am looking at you, Boulder, CO), but the Oddicities are already in place.