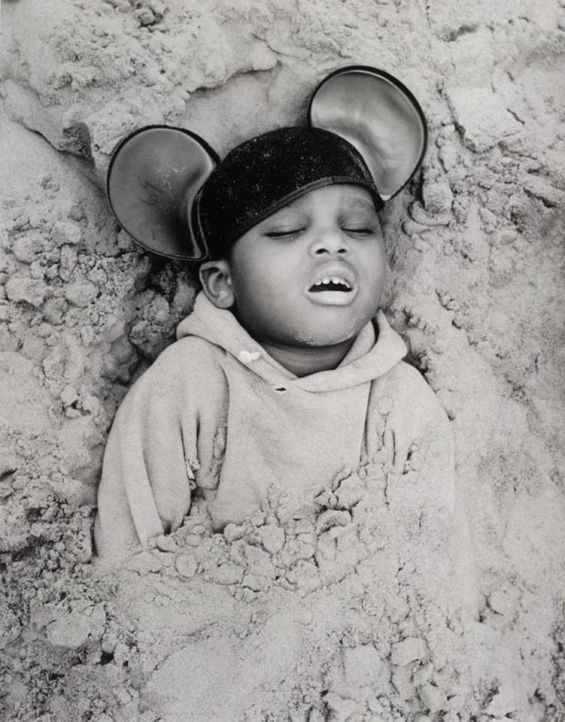 “The children would be asked means of acting out their visions or to suggest ways of making them into visual actualities,” says Tress.

Sticking to his trademark black and white photography style for this somber and spooky series, the children photo series takes on a mythological and surreal look.