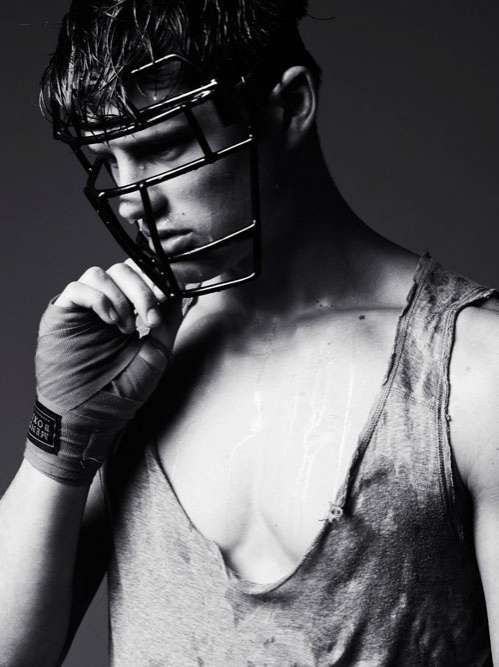 This striking spread features alluring imagery that is both honest and raw. Veit is believable and authentic in his boxer role, looking pained and disheveled while wearing sweat-stained casuals and taped up knuckles.