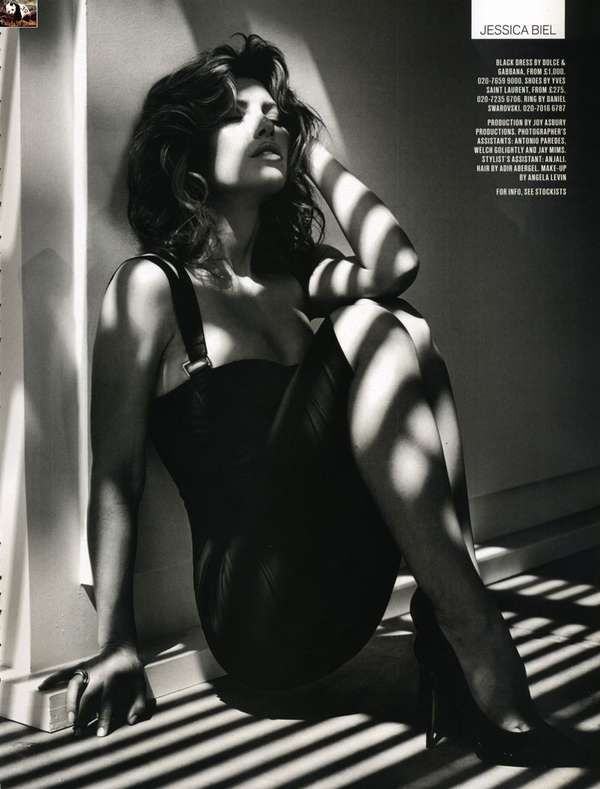 On the cover, Biel wore a tight, low cut, black dress as she stood against a beige brick wall. The simplicity of the background seems to imply that the main focus of the cover was Biel’s face and beautiful body with an emphasis on her generous cleavage.

However, even as the beautiful muse stood against the wall, there were visible shadows which became the norm as the rest of the pictures were shot in monochromatic colors of alternating light and shadows, resembling the chiaroscuro method of painting.

The spread was a bit out of the norm because even though Jessica posed in very sensuous positions, the alternating light and shadows created a sort of retro-glam atmosphere mixed with a hint of melancholy.
3.9
Score
Popularity
Activity
Freshness
View Innovation Webinars