Glamvertising in Hitchcock Inspired Ads
Next
Set of
Related
Ideas 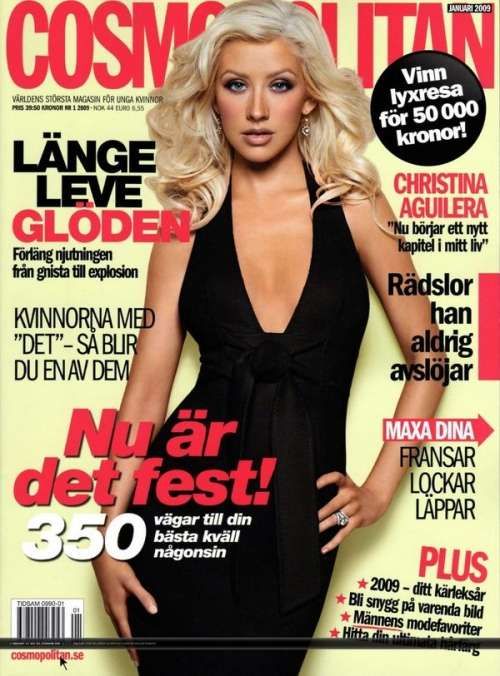 On the cover, the platinum blond pop superstar is wearing an exquisite and ultra glamorous body-hugging black dress which accentuated her voluptuous figure perfectly.

In the spread, Christina donned an enchanting white dress with extensive cleavage appeal that contrasted heavily with the black attire she’s wearing on the cover.

The pop diva, meanwhile, is wearing very light makeup with soft pink lipstick which when set off against a mostly white background, gives Christina--with her long platinum tresses--a strong resemblance to a Barbie Doll.