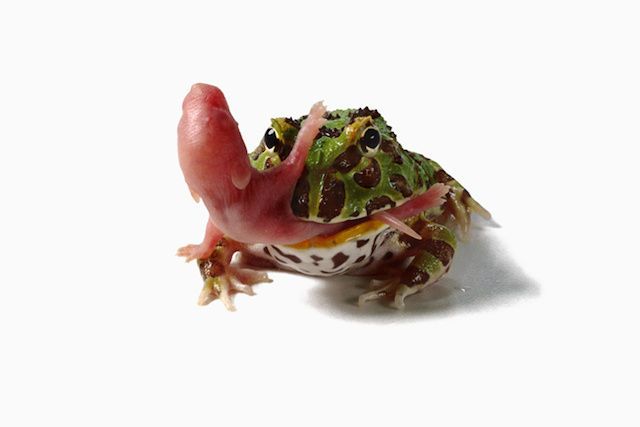 The series has some seriously stomach-turning images of the circle of life. It begins with a shot of a caterpillar snacking on a tomato, followed by an image of a praying mantis brutally slaughtering a caterpillar and eventually ending with a toad dining on a praying mantis. The series is complemented by Chalmers' accompanying project, 'Pinkies,' which features a similar trajectory: a photograph of newborn mice who become tasty morsels for a snake and a toad.

Of the project, Chalmers explains, "I was horrified. Really, you’re going to raise an animal specifically to photograph it dying? The thought of it gave me a stomach ache. But the more I considered it, and probably because I was so disturbed, the more I realized its power. How is it possible —-and isn't it a bad sign -— that an educated person could be so detached from the processes of life on earth?"