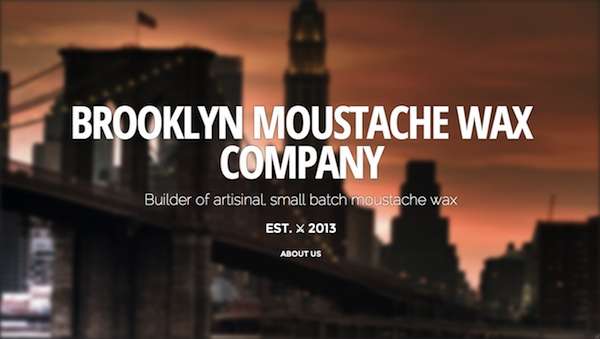 Alyson Wyers — September 1, 2013 — Pop Culture
References: cassch.in & designtaxi
Share on Facebook Share on Twitter Share on LinkedIn Share on Pinterest
Cass Chin launched a hipster parody website that generates creative and hilarious entrepreneurial ideas. Brooklyn Brooklyn Company Company is based in Brooklyn as it is a known hipster stronghold, despite Cass Chin being a San Francisco native. The fake companies sell hipster-specific items, like fedoras, futons and tracksuits. Each enterprise also comes with a witty tag line laden with hipster lingo like 'gluten free' and 'artisanal.' The ideas are often set to Brooklyn backgrounds or other hipster-esque images, like the cast of HBO's Girls.

While the website is intended to playfully mock, some of the ideas could actually be fruitful. This includes the Brooklyn Laser Disc Company, since MP3s and records are so mainstream these days. This website is a go-to time killer, resulting in lots of laughs.
1.9
Score
Popularity
Activity
Freshness
Get the 2021 Trend Report FREE