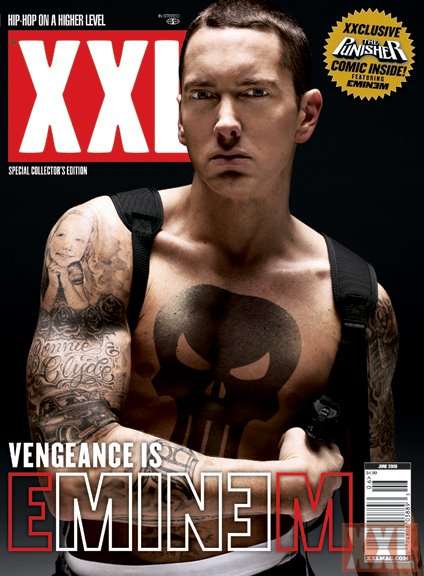 Eminem Comes Back as 'The Punisher' for XXL Magazine

After a three year hiatus, the 36-year-old rapper is back on the scene doing the media rounds to promote his upcoming album “Relapse”.

Eminem’s first stop is XXL where the rapper takes on comic book character The Punisher in a fierce photo spread. Inside the glossy, Eminem reveals some details about his drug addiction and pain following a close friend’s death, and the evolution of the rap industry in his absence.

Relapse, Eminem’s comeback album on the rap scene, drops in stores on May 19.

Eminem had this to say to XXL about his drug addiction:
2.9
Score
Popularity
Activity
Freshness