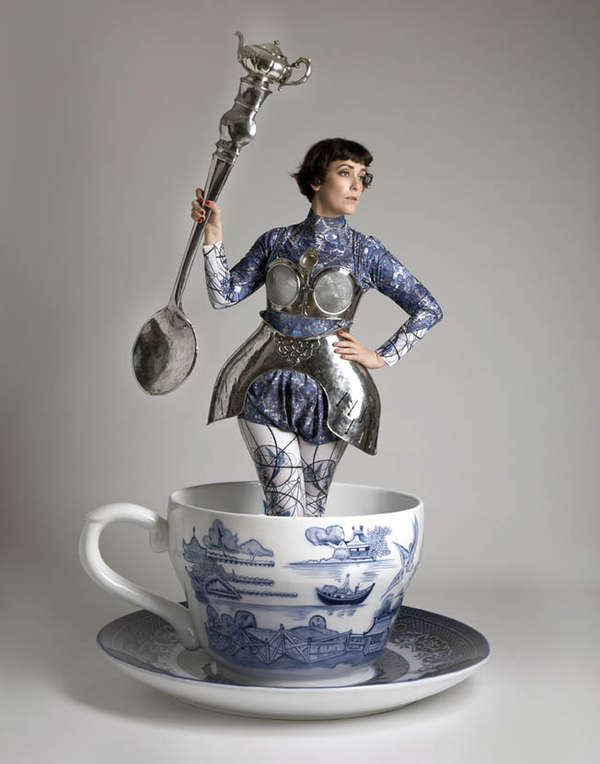 The Camellia & the Rabbit Series is Whimsically Charming

Meghan Young — April 26, 2013 — Fashion
References: petrastorrs & trendland
Share on Facebook Share on Twitter Share on LinkedIn Share on Pinterest
The Camellia & The Rabbit photo series is so quirky and whimsical, many girls are bound to lose their minds over it. From the oversized tea set to the clever quirky costumes that complement the theme, it is a well-executed photoshoot from beginning to end. More than that, however, it is a performance project that was devised and co-directed by Palona Baloh Brown and Rachel Snider, the latter of whom put on the performance.

Shot by Petra Storrs, the Camellia & The Rabbit photo series is not only an ode to tea, but also to story-telling, two things that go hand-in-hand. Snider is captured standing in giant tea cup clad in a custom tea globe breast plate and accessorized with tea bag rabbit ears and cape. A labor of love, the photoshoot is completely charming.
5.5
Score
Popularity
Activity
Freshness
View Innovation Webinars