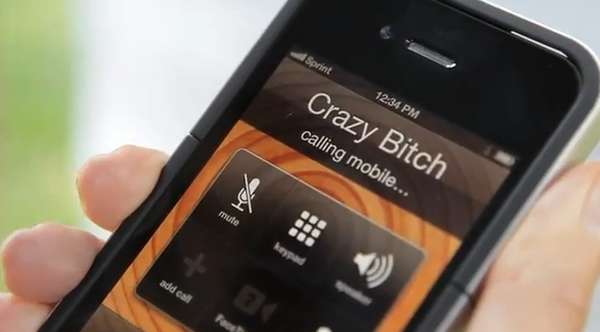 Courtney Scharf — June 13, 2012 — Pop Culture
References: youtube & youtube
This viral 'Caller ID' video has been taking the web by storm and reminding many to be careful about how reminder identifications can backlash.

The video, which appears to take place in a sunny locale, is funny and all too relatable. Showing many couples and friends enduring the perils of saving overly descriptive names in their phones, the video shows that conflict ensues once these often unflattering identifications are found. All of the names appear on iPhones, adding some cohesion to the video by Altermotion Media Entertainment. Many of the laughs in the video come from confrontation with the misnamed individuals, although some gags come from simply witnessing an actor save the numbers.

This is a creative commentary on the ways in which increased technology informs people's social relationships. The clip is sure to act as a clever cautionary tale to many viewers.
2.3
Score
Popularity
Activity
Freshness