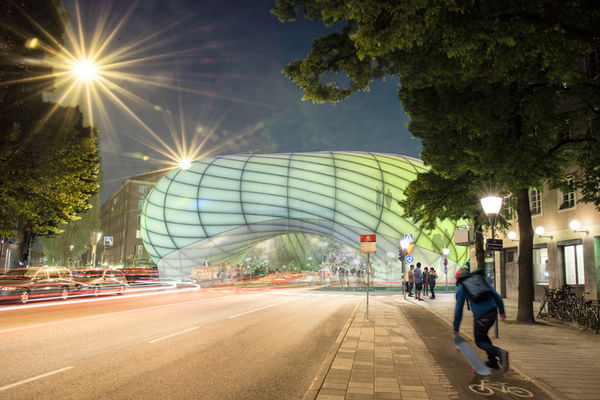 Belatchew Labs Proposes the Buzz Building for the Future

Located in Stockholm, the Buzz Building aims to provide a sustainable solution to the growing population of the planet by offering a farming area in an urban environment to cultivate the protein that can be found in bugs. The area would also be a space for bees too, which would also add more food to the farming area. While bugs are still slightly taboo to eat in the western world, other areas such as Asia welcome these edible insects. Hopefully Stockholm isn't far behind.

Relationship-Based Architecture
The Three House was Driven by Family Structure