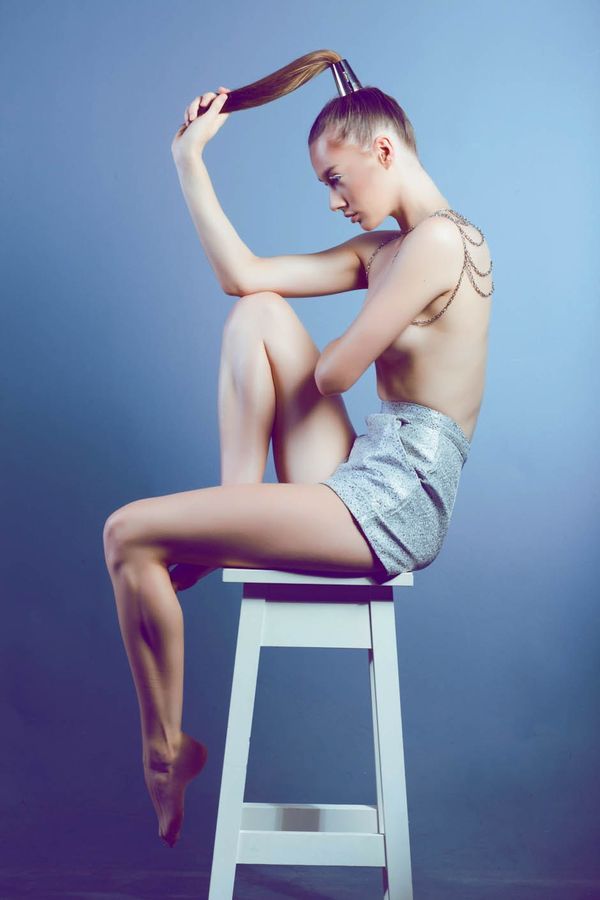 The Series Starring Bree Wilson by Jeremy Choh is Whimsical

Meghan Young — February 3, 2014 — Fashion
References: jaychoh & fashionising
Share on Facebook Share on Twitter Share on LinkedIn Share on Pinterest
The photo series starring model Bree Wilson by Jeremy Choh, a photographer based in Perth, Western Australia, is stunningly simple and femininely frosty. The latter is not necessarily due to the brunette beauty's countenance. Instead, it has very much to do with her metallic covering, white eyeliner and mascara as well as the diamond accessories stuck to her neck and shoulders.

The looks featured throughout the photo series starring Bree Wilson by Jeremy Choh has much to do with makeup artist Janelle Han. With the help of hair stylist Wendy Tran, she creates looks that are mysterious and whimsical, if minimalist. Shot in studio against a blue backdrop, the looks stand out enchantingly. It is as though she were the personification of a water goddess or creature.
4.7
Score
Popularity
Activity
Freshness
Get Trend Hunter Dashboard