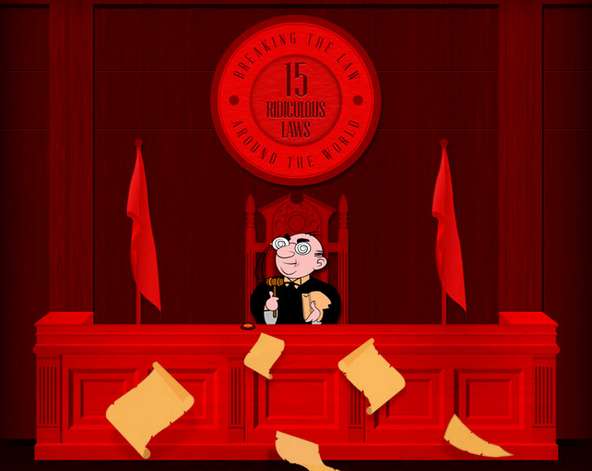 The Breaking the Law Infographic is Revealing

While most people can appreciate the value of a legal system and rigid rulings, this chart demonstrates how much idiocy can make its way into this important sphere. Featuring a comically drawn judge atop and whimsically illustrated facts down below, the chart is chock full of the funniest, weirdest and most offbeat laws everywhere from Philadelphia to Japan. One of the most shocking factoids on the graph include a rule in Greece banning all electronic games. Clearly, these defunct laws are not typically enforced. The final and most impossible to enforce law lies at the end with a law from the UK which bans individuals from dying in the House of Parliament.