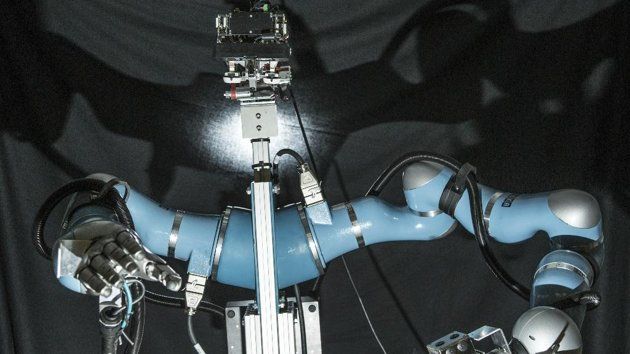 Rahul Kalvapalle — September 12, 2014 — Tech
References: uk.news.yahoo
When you hear the name 'Boris' you're probably thinking of a Russian politician or a legendary German tennis player, and not a robot -- but that stands to change with the advent of Boris 2 the dishwashing robot.

Boris 2 was developed by a team of researchers, including Professor Jeremy Wyatt, at the University of Birmingham's School of Computing Science. While a dishwashing robot may not appear to be the most needed thing in the world right now, that's missing the point -- this robot demonstrates a difficult and impressive range of physical manipulation skills that could be applicable to other endeavors.

Boris 2 is able to learn different ways of grasping objects, as well as figuring out different ways to handle different objects. It can either curl its fingers around objects or obtain a pinch-grip.
2.2
Score
Popularity
Activity
Freshness