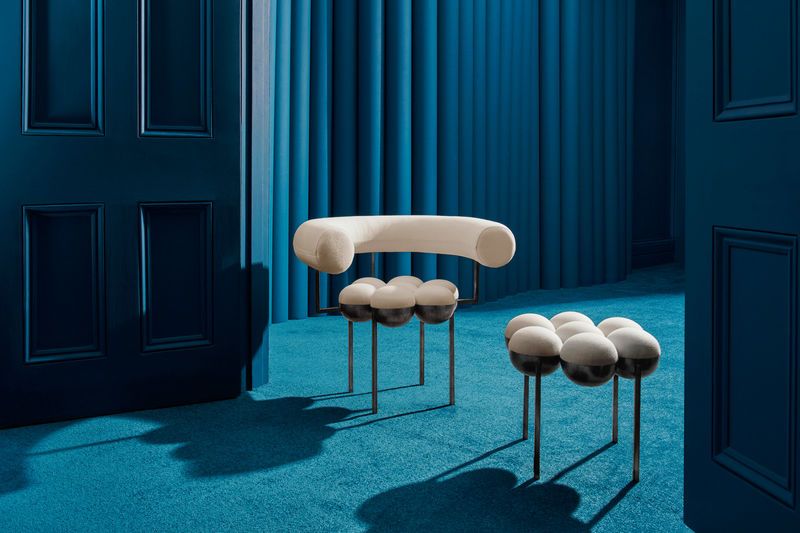 Kalina Ned — October 14, 2019 — Art & Design
References: bohincstudio & dezeen
Share on Facebook Share on Twitter Share on LinkedIn Share on Pinterest
London-based designer Lara Bohinc of Bohinc Studio showcases her new furniture collection “in a 200-year-old house in London’s King’s Cross.” Much like previous ranges, this one also takes inspiration from celestial bodies and the vastness of space. The items that are on display include two poufs, three chairs, a console, a range of lights and a loveseat. Each of these boasts a highly geometrical appearance. In addition, Bohinc Studio also spotlights a range of homeware, including two boxes and a vase. The décor items “pay homage to the upcoming conjunction of Pluto, Jupiter, and Saturn.”

The stunning and ethereal space-themed furniture collection is exhibited at the London Design Festival and what is noteworthy is that the items are presented as part of an “immersive installation.”