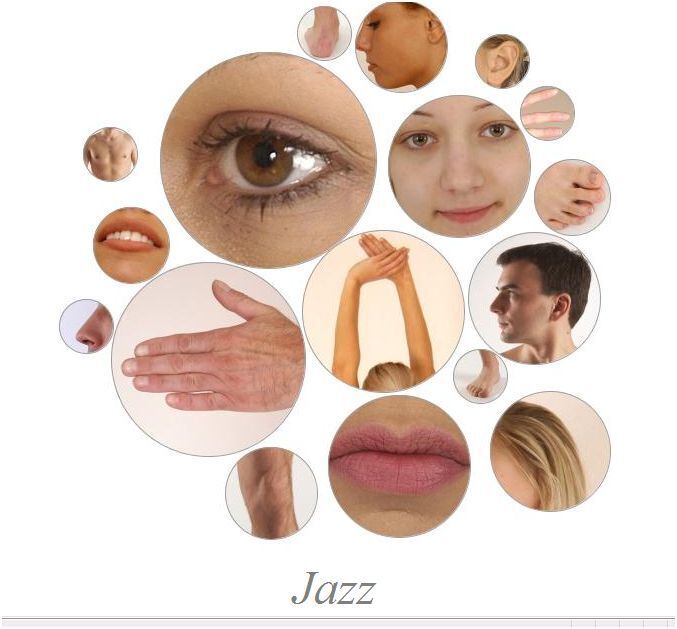 Pearl — August 24, 2008 — Pop Culture
References: fleshmap & supertopic.de
Share on Facebook Share on Twitter Share on LinkedIn Share on Pinterest
The Fleshmap "Listen" project consists of data visualization charts which show what body parts feature most in different musical genres. What the creators did was to compile more than 10,000 songs where they tracked how often each body part appears in a particular musical genre.

The main chart shows 11 genres - alternative, blues, country, electronica, folk, gospel, metal, hip hop, jazz, R&B and rock. The eyes were the top body part in 8 of the categories. Hip hop, by a long margin, had the most number of body parts listed. Heading the top of hip hop's most favourite body part is "ass" - 23.64% of this genre's songs.

Each genre can also be viewed separately - the size of the body part image corresponds to how popular that body part was. Only two genres are shown here - gospel and jazz as the other diagrams will not pass the Trendhunter censor!

The Fleshmap project series, "Touch","Look" and "Listen" was created by artists, Renanda Viegas and Martin Wattenberg in order to explore "the relationship between the body and its visual and verbal representation."
1.8
Score
Popularity
Activity
Freshness
Get Trend Hunter Dashboard

95 Musical Masterpieces
A Smorgasbord of Music, From Condoms to Furniture