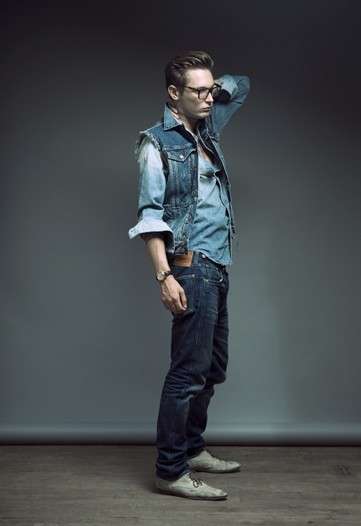 According to Carl Chiara, the director of men’s and women’s brand concepts at Levi’s Americas, Geller was inspired by historic Levi’s designs, and as a result they drew from coats from between the 1910s and the 1960s.

As you can see in the photos, and as Chiara confirms, they “worked off the functional yet minimal approach to purposeful, rational design and put it in a new context.”

Whether it’s 10, 20 or 30 years from now, this trend is here to stay, and we can count on Levi’s and denim in general to always be part of our culture.
4.9
Score
Popularity
Activity
Freshness
View Innovation Webinars

Promiscuous Denim Campaigns
Levi's Asks, "Who Do You Want To Unbutton?"