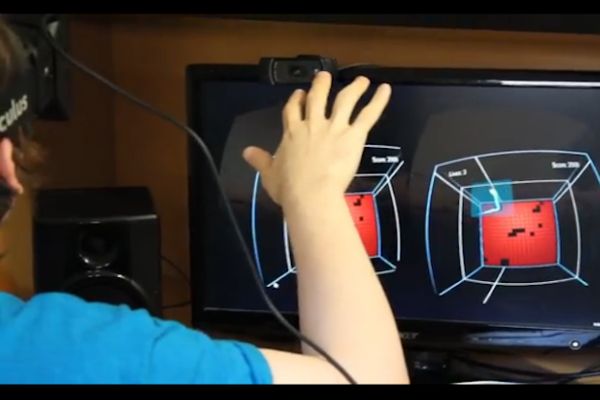 Tiffany — January 18, 2014 — Tech
References: psfk
Share on Facebook Share on Twitter Share on LinkedIn Share on Pinterest
Web designer, entrepreneur and programmer James Blaha suffers from an eye disorder called Strabismus, a crossed eye syndrome that causes differing visions between the two eyes that leads to stereoscopic vision, which is the lack of three dimensional perception and sense of depth. In response to this disorder, Blaha has created a virtual reality game that allows people with eye disorders to see in three dimension for the first time ever.

The game is inspired by the standard ping pong like games that we see often on the Internet. The controls are interactive with the user as the game specifically targets the use of two eyes, training the brain to use both for vision.

The game’s lighter colored bricks appear pertaining to the left eye and the paddle on the right is provided to combine these two images.
0.7
Score
Popularity
Activity
Freshness
View Innovation Webinars