The Importance of Design-Thinking

Designing with Artistic Intention
Next
Set of
Related
Ideas 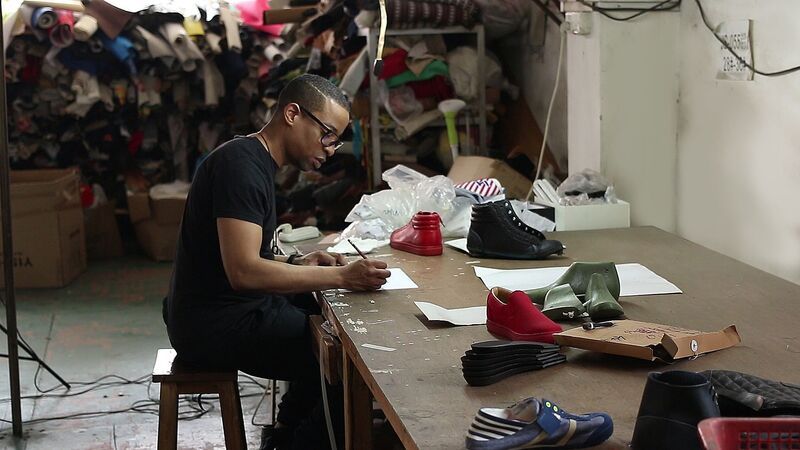 George Sully Speaks to the Launch of the BDoC Index

Riley von Niessen — June 25, 2020 — Business
References: instagram & blackdesignersofcanada
Share on Facebook Share on Twitter Share on LinkedIn Share on Pinterest
George Sully, a renowned Canadian shoe designer and the co-founder of Sully Wong and House of Hayla, created the first interactive index of Black designers in the country. Called Black Designers of Canada, or BDoC, the index is meant to both celebrate its designers and offer business owners, retailers, and others a comprehensive resource that highlights the immense talent that exists outside of predominantly white circles. BDoC is expected to launch in late July, and applications are now open on its official website. To learn more about the interactive platform, how it came to fruition, and what applicants should know before they apply, we took the opportunity to sit down with Sully.

What can you tell us about the Black Designers of Canada platform and how it came to fruition?

The Black community has been marginalized when it comes to fashion and our contributions to the industry forever. So, I created a platform to combat the excuses that are often heard in the industry, such as that Black designers are not up to par or that enough don't exist. With the recent events that were spurned by the tragic death of George Floyd, I think that white Canada is in more agreement than ever that systemic racism is present, and that change is on the horizon. That said, to get equal footing, we need to see equal participation.

I think the COVID-19 pandemic has created the perfect vacuum, where people are more absorbed with what's going on around them, and are more inclined to listen now that they have fewer distractions. While much of the news coverage has been focused on the United States, even in the case of Amy Cooper, more widely known as Central Park Karen, it was reported that she's Canadian. Many Canadians like to say that systemic racism is an American problem, but Central Park Karen is ours, and she's everywhere. We know that these issues aren't new, but we're seeing a lot more participation in the conversation surrounding them as of late. With Black Out Tuesday, tons of businesses and regular people posted that black square on their profile to show that they stand in solidarity with the Black community. Whether it was completely sincere or not, there's more accountability now, and they've opened themselves up to that conversation. Through Black Designers of Canada, I want to celebrate the Black excellence that's so prevalent in this country. Accountability is everything and we want to see that in action.

After you put up the initial call to action on social media, what kind of support did you see, and did this impact the scope of talent that you decided to feature?

You know, I really thought I had a pretty good grasp of how many Black designers were making moves in Canada, but my eyes have really been opened to how much talent truly exists in this country. Seeing that was so positive, but it also made me sad—to see how many beautiful, capable designers have been muzzled and who haven’t been celebrated like they should be. At this point, we already have over 150 designers who are included in the index, and that incorporates all kinds of talent, not just fashion designers. It’s amazing to see the diversity that’s coming in, and I’m really excited to see what other submissions come in. I’ve always known that this kind of Black excellence exists here, and now everyone will really see what I’m talking about when I say that. As a fashion designer, I’m obviously more connected to other fashion designers, but I want to highlight talent in every design category, whether it’s UX, interior, graphic or game design.

Apart from featuring the designers in the BDoC index, are there any other ways you plan to continue to amplify and celebrate their work?

Absolutely. While I’m working to develop the index itself first, I see Black Designers of Canada having so much potential. I want those who’ve said that they’ll be more accountable to show it, and support the designers that have been silenced by a system that so often ignores them. While I can give this talent a platform and use my own skillset to promote them, I need sponsors to help me take it even further. Already, we’re looking at workshops and a short documentary. I want to talk about the stories these designers have shared—that many people haven’t heard before because they simply didn’t show up. We already know our greatness, and now it’s time for more people to pay attention and acknowledge that.

When designers and their supporters apply to be featured on BDoC, what do you look for when deciding which names and brands you want to be part of the list?

There are no hard-set prerequisites in place right now, other than that those who are featured are Black designers who are Canadian. While every entrant might not have a huge portfolio that they’re able to share, or might be relatively new to the space, I still want to give them a platform that celebrates the greatness that they’ve demonstrated so far. I like that social media has opened up the space to so many more creators, and given them the ability to share their work independently. Before social media, I don’t think this initiative would have been nearly as feasible. Through BDoC, designers can have another platform, other than their own social page or website, that celebrates them and shows our viewers that we’re not a monolithic people.

Once the BDoC index is released, will you continue to update it as awareness spreads and more designers wish to apply to it on an ongoing basis?

Most definitely, it will continue to be updated on an ongoing basis and I look forward to seeing the submissions that come in. As I’ve said before, the index is really just the start. I want people to put their money where their mouth is and really show their support. And again, to get equal footing, we need to see equal participation. I call on retailers and store owners, boutiques big and small, anywhere in this country, to look at their store shelves and ask themselves, “Do I see any Black representation here?” And if they can’t say that they do, to ask themselves why that might be, hold themselves accountable, and help to make a difference.

The Power of Sensory-Driven Atmospheres
A Chat with Andrew Richmond, Visionary Behind model/ctzn