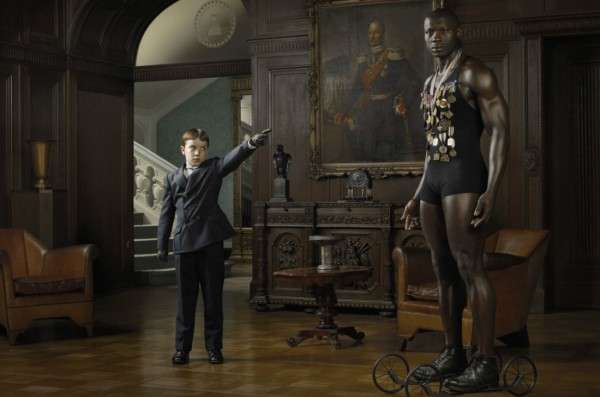 Berlin by Erwin Olaf is a Powerful and Rich Series

Meghan Young — March 29, 2013 — Naughty
References: erwinolaf & trendland
Share on Facebook Share on Twitter Share on LinkedIn Share on Pinterest
The photo series titled Berlin by Erwin Olaf, a photographer born in Hilversum, the Netherlands, and based in Amsterdam, is flawless. Comprised of dramatic tableaus, the images could easily be mistaken for lifelike oil paintings or stills from a cinematic avant-garde film. Each shot was captured in noted German buildings, hence one of the reasons for its title.

Likened to an opera by Francis Hodgson, photography critic for the Financial Times, there is nevertheless no clear narrative to Berlin by Erwin Olaf despite its stylistic similarities. One theme that is prevalent throughout the photo series is the tension between the young and old. Powerful and rich in layers, this theme is but one addressed in the series.
2.2
Score
Popularity
Activity
Freshness
View Innovation Webinars