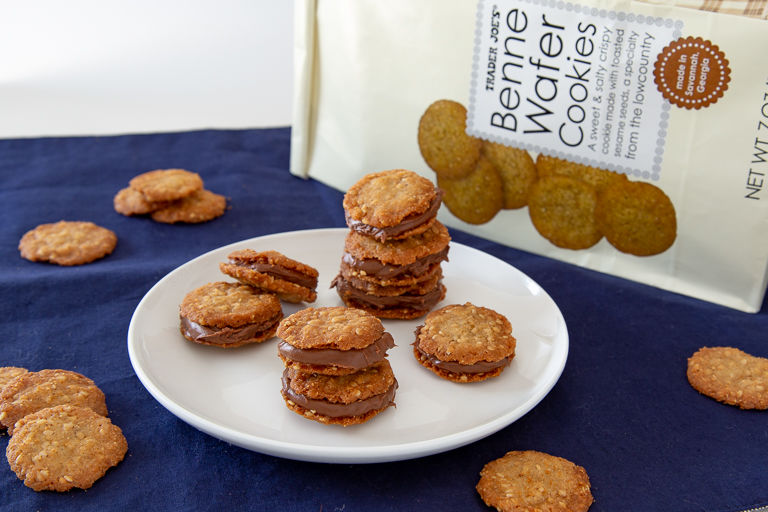 Benne is an heirloom variety of sesame seeds originally from Sub-Saharan Africa. During slavery, the seeds made their way to South Carolina and Georgia Lowcountry. The ingredient is fraught with history and remains an important part of Southern cuisine.

For its new Benne Wafer Cookies, Trader Joe's sources these nutty sesame seeds from a supplier in Savannah, Georgia. The benne is then used in an old wheat flour cookie batter to make bite-sized wafers that are baked until golden and crisp. As Trader Joe's describes, "When you crunch the candied-like texture, you’ll experience the mingling of sweet, almost maple-y flavor, with the toasty taste of sesame seeds."