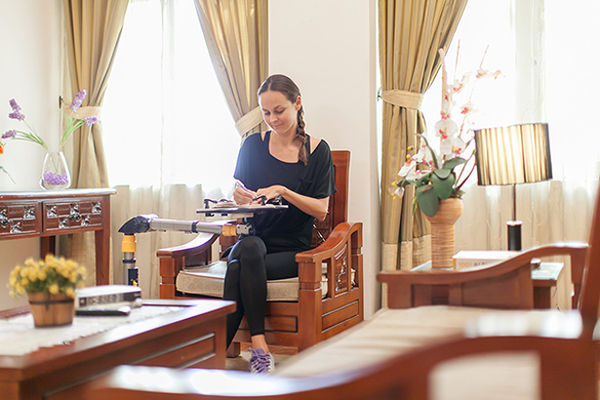 Michael Baxter — May 16, 2014 — Tech
References: xarmotion & tuvie
The Bee Tower is taking the work out of your hands, literally. All the user has to do is put the tablet into the Bee Tower and adjust it to the height and angle that they want and the tower does the rest.

The Bee Tower may seem a bit bulky, but what it lacks in understated design it makes up for in sheer versatility and sturdiness. Being able to rotate in 360 degrees and bend in 180 allows users to access their tablet no matter what position they're in.
4.8
Score
Popularity
Activity
Freshness