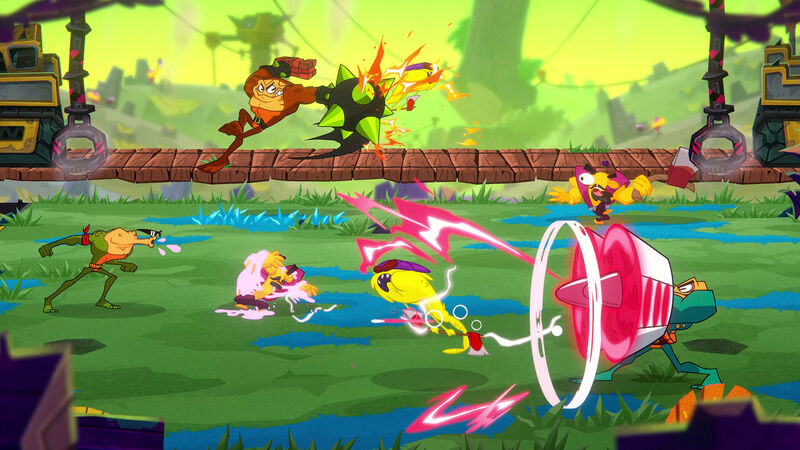 Riley von Niessen — September 14, 2020 — Tech
References: store.steampowered
Share on Facebook Share on Twitter Share on LinkedIn Share on Pinterest
Dlala Studios is updating the 'Battletoads' franchise with a new 2020 release, which see the return of characters Rash, Zitz, and Pimple. A part of a 26-year history, the game is a reboot of 1994's 'Battletoads Arcade,' where players much save the universe from the Dark Queen.

One to three players can control the story at a time, with three-person couch co-op play available. This allows the game to function as a great social activity, as the in-person multi-player functionality makes for a more engaging and undoubtedly rewarding experience. Throughout the game, players must brawl their way through a bright cartoon universe to gain control over it.

The fast-paced adventure game is available to Xbox One and Windows 10 users.