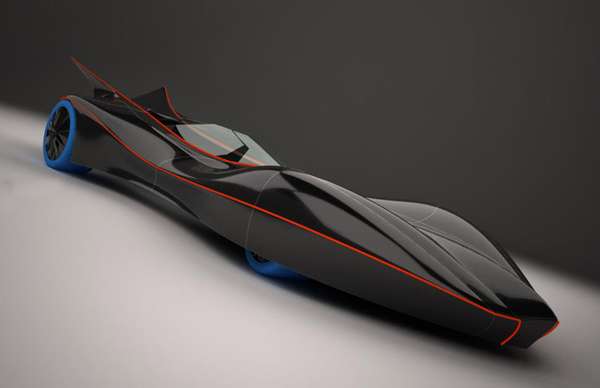 Jordan M — March 29, 2011 — Autos
References: carbodydesign & bornrich
Ever since Batman first rolled on to the comic book superhero scene decades ago, his slick ride has captured the imaginations of auto enthusiasts around the world as is further evidenced by the Car Design Fetish Batmobile Design Competition.

Featuring the designs of hundreds of artists from around the world, the Car Design Fetish Batmobile Design Competition saw submissions that covered a wide spectrum of tastes, styles and aesthetics. From twisted and creepy vehicles wreathed in shadow to sleek and smooth rocket-shaped cruisers, each submission captured its own distinct character while also still staying unified with the Batman aesthetic.

Ultimately, Paul Denton and Matt Gould took home the competition's top honors for their especially fantastic designs which are included in this gallery (among others). Definitely do yourself a favor and check out these fascinating Batmobiles as soon as humanly possible.
5.5
Score
Popularity
Activity
Freshness