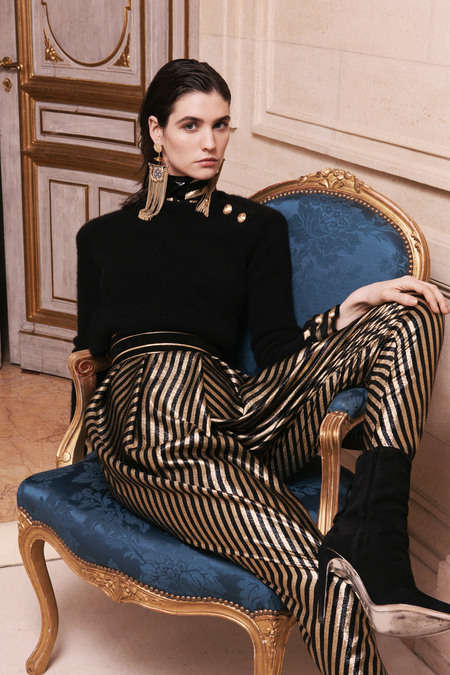 The cohesive decadence of this season was a tribute to legendary Harper’s Bazzaar and Vogue editor. Though the remarkable woman has inspired many, it is her musings uphold a resonating longevity that continues to inspire. “Extravagance is my only reality,” is the Vreeland saying that gave Olivier Rousteing the green light to create such opulent pre-fall separates.

Gold lamé belts, oversize accessories and tailored pieces are given an oriental twist that is distinctly lavish. The look is one that channels the ever-admired frivolity and unabashed extravagance of Diana Vreeland’s style philosophy. With these divine creations, the Balmain Pre-Fall 2013 collection caters to women who spare no expenses in their quest for showstopping style.