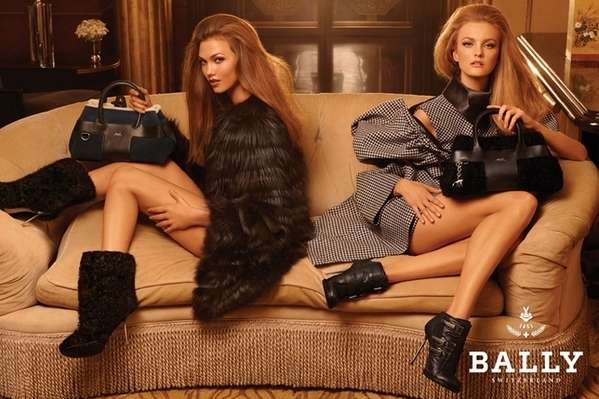 The Bally AW11 Campaign Channels the Magnificence of Fawn

Your beiges, camels, oatmeals and khakis do tend to assert an image of sophistication, which is admittedly present in each of these spreads. However, an examination of the models wearing these outfits will reveal a suggestive air that may, for some, be unexpected. Caroline Trentini and Karlie Kloss pose with a fierce and feminine sass that shatters any shred of a stuffy aesthetic. Tousled tresses and provocative positions give black, brown and navy apparel a dynamic quality, while Nico Malleville musters an impression of mystery. Between the behavior of the subjects and the flair of the fashions, Steven Meisel's Bally AW11 campaign is infused with a seductive charm.
3.8
Score
Popularity
Activity
Freshness
View Innovation Webinars