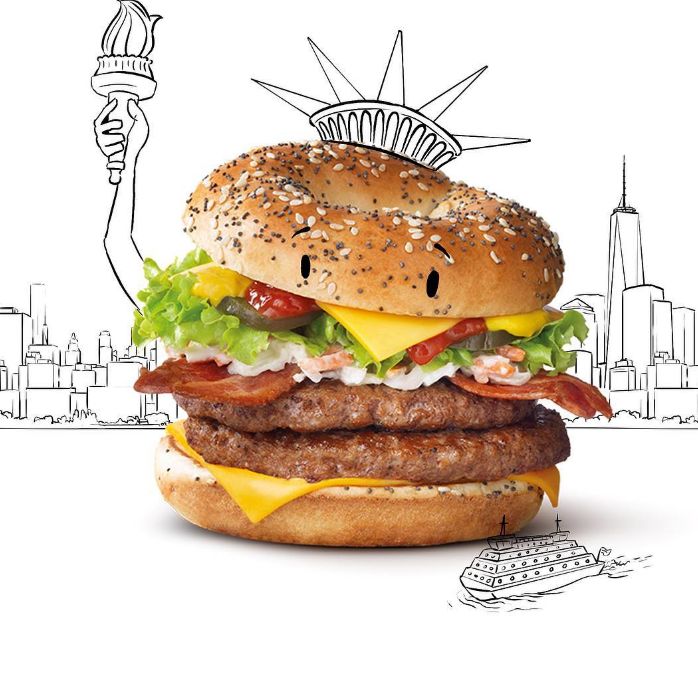 In between the two halves of the bagels are two burger patties, perfectly crispy slices of bacon, two slices of cheese, lettuce, pickles, mustard, ketchup, and coleslaw. With the New York bagels replacing the buns, the Bagel Supreme has a different texture than the fast food giant's other popular burgers that make use of similar ingredients.