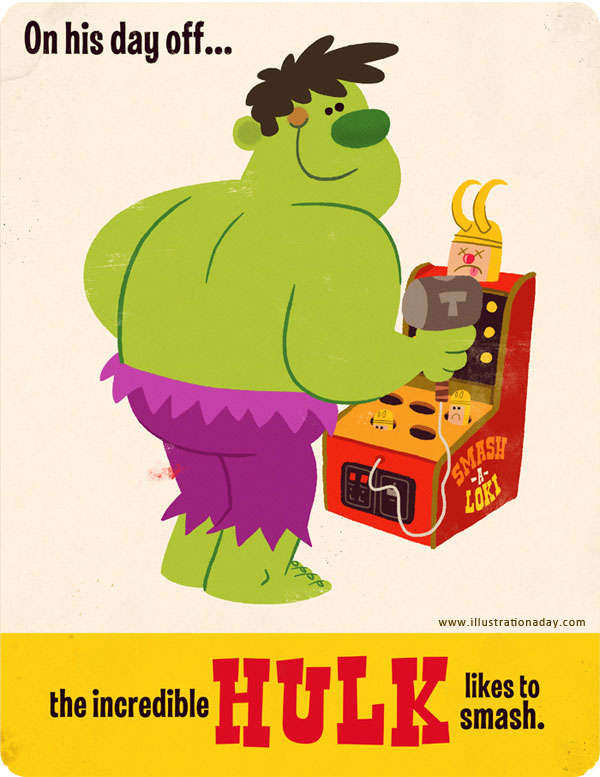 The Avenger's Day Off Series by Matt Kaufenberg is Adorable

Meghan Young — August 29, 2012 — Pop Culture
References: illustrationaday & mymodernmet
Share on Facebook Share on Twitter Share on LinkedIn Share on Pinterest
The Avenger's Day Off illustration series portrays these superheroes as no one has ever seen them before. Not only are they enjoying some time off from saving the world, they have also been extremely cartoonified for a fun and adorable effect. As though modeled after the work of the late Roger Hargreaves, the illustrations are short, stubby and cute.

Created by Matt Kaufenberg, an illustrative designer based in Minnesota who has recreated TNMT enemies and other superheroes, the Avenger's Day Off illustration series displays his talent as much as it does his humor. For instance, The Hulk is captured playing a 'Smash-a-Loki' arcade game while Iron Man is enjoying some roasted marshmallows.
2.2
Score
Popularity
Activity
Freshness
Attend Future Festival Virtual