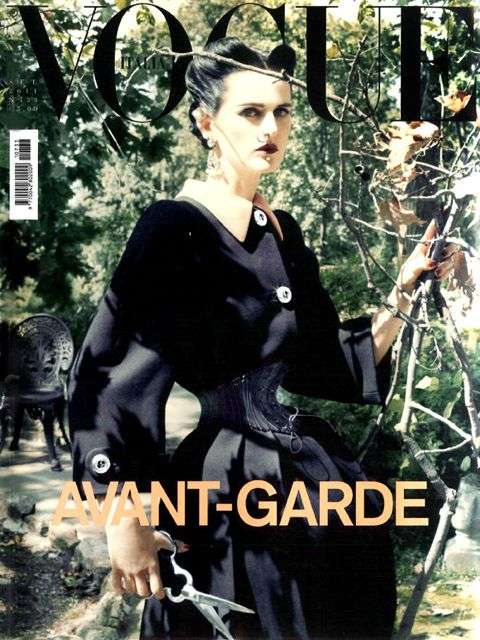 The 'Discipline of Fashion' editorial photographed by Steven Meisel, and modeled by a stunning Stella Tennant, pays hommage to Ethel Granger. A much talked about fetish diva of the 1950s who represented the curvy female body image to the extremes with wearing corsets in an outrageous way -- day and night -- until her waistline reached an absurd 13 inches. In the name of female beauty, elegance and fashion, and to the request of husband William Arnold Granger, Ethel went ahead of her time wearing high heels and piercings as a true avant-garde diva.

The Meisel-Tennant duo showcases powerfully and brilliantly the world of Ethel Granger, adding a hint of realistic pain to the September 2011 Avant-Garde series.
6.2
Score
Popularity
Activity
Freshness
Get the 2021 Trend Report FREE