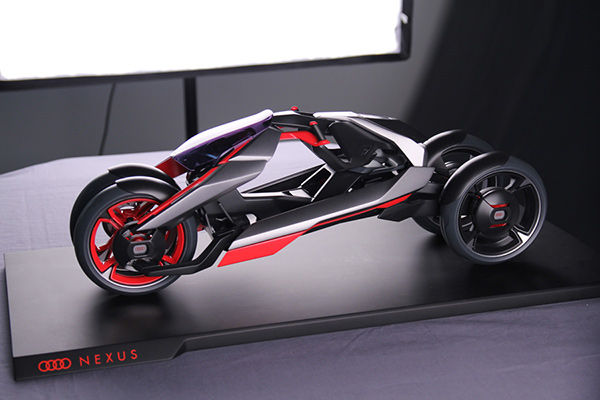 The concept design by Audi Design Concept Studio and KISKA design, the Audi Nexus is a four-wheeled bike-###-car, measuring no wider than a big scooter. While the design guarantees the thrills of riding a motorcycle—navigating quickly between traffic and leaning into corners—the Audi Nexus also offers the comfort and safety of a four-wheeled car. The dynamic urban vehicle’s seat can be folded to give the urban mobilizer a sleek, silhouetted look, which also comes with a roller coaster-inspired lock-in mechanism to compensate for the seat belt. The Nexus is operated by two handle sticks that, again, mimic a car driver’s experience of steering a wheel while giving the driver the rush of riding a motorcycle.
6.6
Score
Popularity
Activity
Freshness
Access Advisory Services