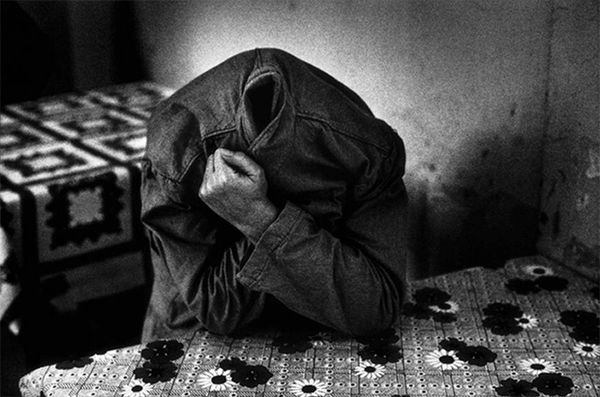 Farida Helmy — June 13, 2014 — Art & Design
References: magnumphotos & featureshoot
Taking on a subject many have tried to capture with a lens, photographer Raymond Depardon‘s asylum photo series is haunting and riveting. Shot all in black and white, the 'Manicomi' series portrays a look inside the secretive 'insane asylums' of Italy before they were shut down.

Showing how harshly society dealt with the mentally ill at the time, the Paris-based and Pulitzer Prize-winning photographer zooms in on Italian asylums from 1977 to 1981 -- a law was introduced in 1978 to close down asylums in Italy -- in this candid series.

The asylum photo series takes us on a journey with the photographer as he discovers the versatile conditions of these permanent homes of the mentally ill. The set of images feel surreal, almost like they are trying to prove how some of these people had to live -- with patients locked in cages for their own safety -- because otherwise people wouldn't have believed it.
2.4
Score
Popularity
Activity
Freshness

Lipstick-Stained Photography
This Cigarette Photo Series is Mysterious and Raw