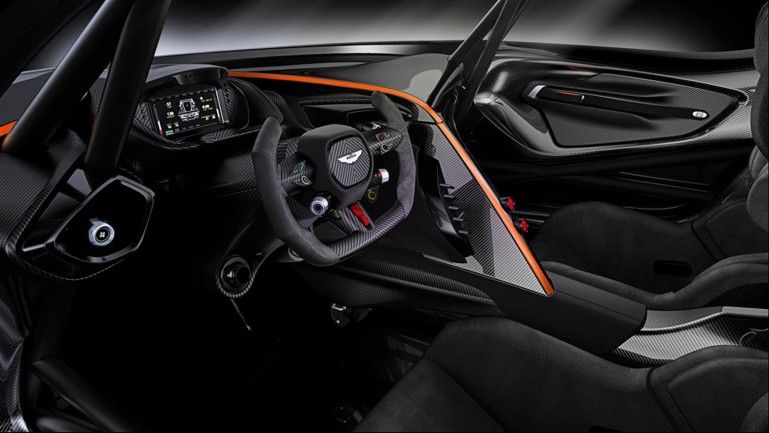 Rahul Kalvapalle — February 25, 2015 — Autos
References: astonmartin & gizmag
Share on Facebook Share on Twitter Share on LinkedIn Share on Pinterest
The Aston Martin Vulcan is the British car manufacturer's new track-exclusive V12 engine supercar. The vehicle, based on the Aston Martin GT, will be unveiled at the Geneva Motor Show and will be limited to only a couple dozen units.

The Aston Martin Vulcan is equipped with a futuristic carbon-fiber monocoque and body constructed for Aston Martin by Multimatic, and boasts some unabashedly aggressive styling.

This vehicle looks nothing like your typical street-dwelling Aston Martin. This rear-wheel drive and front mid-engine car features a spoiler that looks like nothing like the typical Aston Martin spoiler. It also has a low clearance, hug bonnet vents and thick carbon-fiber diffusers.

The vehicle, which will cost around $2.3 million, shows that Aston Martin isn't willing to rest on its laurels and is looking to embrace a bright new vision for the future.
3.1
Score
Popularity
Activity
Freshness
Get Better and Faster