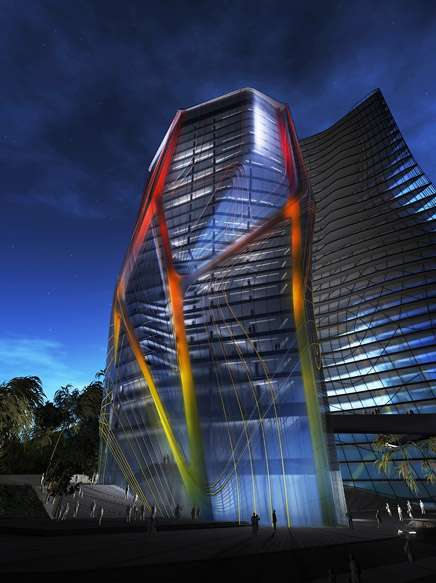 Emergent, founded by Tom Wiscombe, has designed some thoroughly entertaining and engaging architectural structures, such as the Huaxi Urban Center for China, seen in the first image.

“EMERGENT’s approach is informed by contemporary models of biology and systems theory as well as the arts, toward an architecture based on structural pattern formation and emergent behavior,” Archinect explains. “The work is part of a larger contemporary movement in architecture referred to by Detlef Mertins in 2004 as “Bioconstructivism,” where a bias toward material intelligence begins to produce an architecture characterized by its variability and responsiveness to local forces.”

Some of Emergent’s structures are already built, some are being built, some can never be built. Emergent likes to incorporate all the sciences into their architectural design. Thus, their designs have moved into a new category of complexity.
2.6
Score
Popularity
Activity
Freshness
Attend Future Festival Virtual