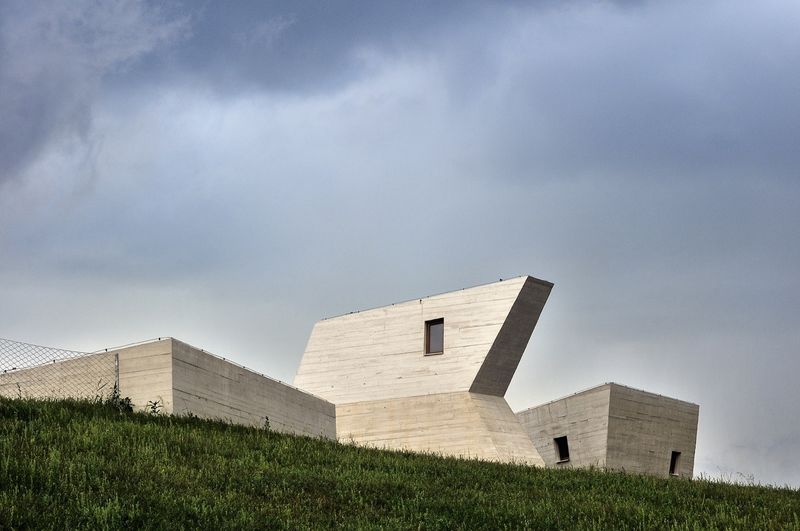 Joey Haar — September 22, 2016 — Art & Design
References: kvetarch.cz & archdaily
Share on Facebook Share on Twitter Share on LinkedIn Share on Pinterest
Pavlov, in the Czech Republic, has been home to hundreds of archaeological discoveries from the Paleolithic period, and Archeopark Pavlov is a museum that shows off many of those findings. The building is also cleverly designed to mimic the archaeological process.

Architecturally, Archeopark Pavlov is designed with geometrical Brutalism, using off-white concrete layering and several connected volumes in variously rhomboid shapes. The trick of the building, though, is that it's mostly buried underneath a field such that only the bone-colored tops of the volumes crest the turf. This stylistic trait references the archaeological digs and Paleolithic discoveries that led to Archeopark Pavlov's creation.

The Paleolithic period makes up the time of early humanity, before people lived in villages or large communities. During this period, humans were hunter-gatherers that subsisted off of berries, leaves, and large fauna (like the woolly mammoth.)
2.7
Score
Popularity
Activity
Freshness
Attend Future Festival Virtual