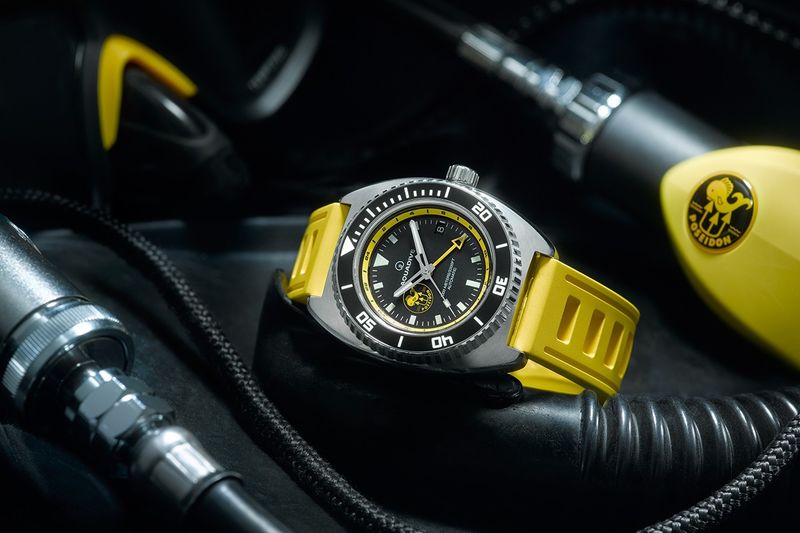 Daniel Johnson — September 26, 2019 — Fashion
References: aquadive & hypebeast
Share on Facebook Share on Twitter Share on LinkedIn Share on Pinterest
Aquadive has collaborated with Poisedon Diving Systems in order to create a limited edition watch, which has been titled the 'Aquadive Poseidon GMT,' and it will only have 300 models produced. Each one of the new Aquadive Poseidon GMT watches will be priced at $1,890 and will be available from the Aquadive website.

The limited-edition watch takes design inspiration from two different watches, one of which was produced in 1970 and is named the 'Aquadive Timedepth,' The other one was titled the 'Bathysphere 100 GMT,' and it was able to be water-resistant to depths of 1,500.

The limited-edition watch is powered by an 'ETA 2898-2' automatic movement system, which is able to power the watch for 40 hours.