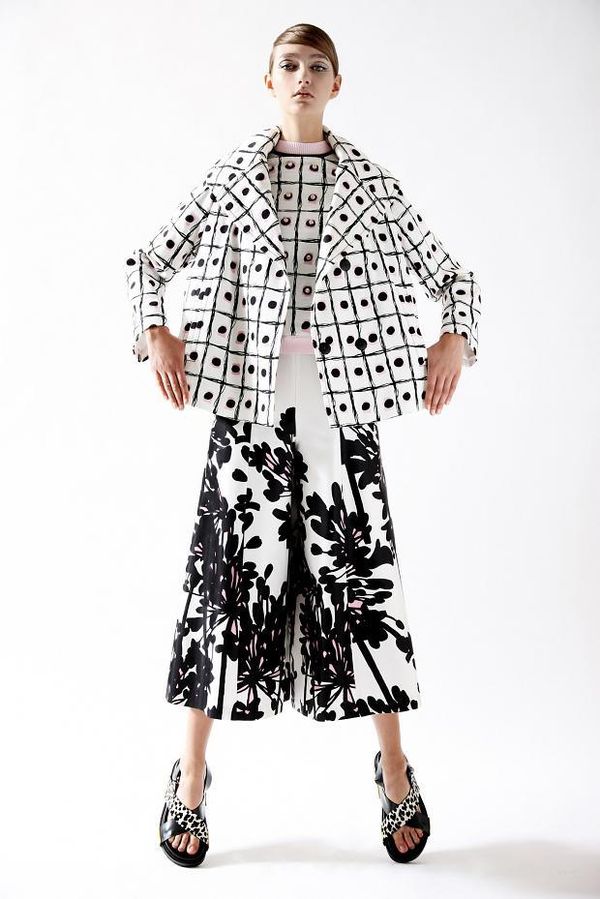 Meghan Young — June 18, 2014 — Fashion
References: antoniomarras.it & fashionising
Share on Facebook Share on Twitter Share on LinkedIn Share on Pinterest
The Antonio Marras Resort 2015 collection is inspired by Costa Smeralda in Sardinia, Italy. Specifically, the designer was influenced by a photo of German model, actress and artist Veruschka, shot by Johnny Moncada, "cutting a svelte line against her scrubby, wild surroundings," according to Style.com. A stark and strong image, it provided the perfect blend of colors and patterns for the new line.

Although full of straight and clean lines inherent in modern design, the Antonio Marras Resort 2015 collection has a retro appeal that celebrates feminine beauty. A riot of colors as well as bold prints come together as ladylike looks that any woman would be able to appreciate. Style.com reports, "The designer also debuted a capsule of coated denim pieces ('I love a challenge!' he remarked), embellished with macramé lace and chunky crystals."
5.1
Score
Popularity
Activity
Freshness
Get Better and Faster