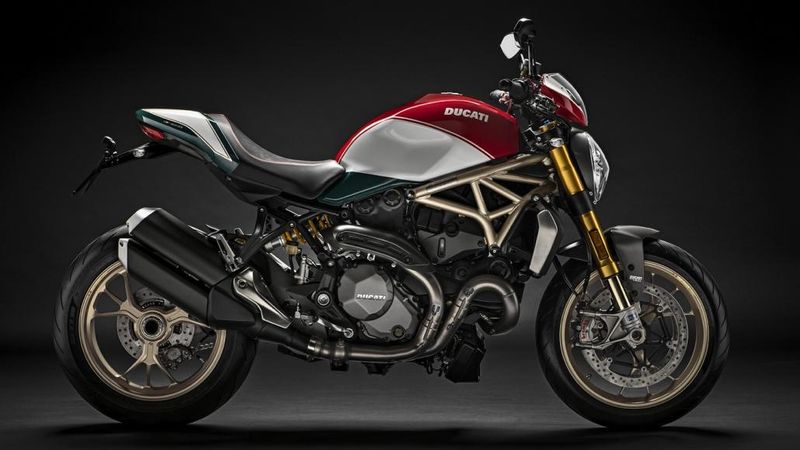 Ducati is Celebrating 25 Years with the Monster 1200

Kalina Nedelcheva — June 28, 2018 — Autos
References: ducati & luxurylaunches
Share on Facebook Share on Twitter Share on LinkedIn Share on Pinterest
Famed Italian brand Ducati launched a limited-edition anniversary motorcycle to celebrate its 25 years of operation. The manufacturer tapped one of its most popular models, the Monster, to honor its birthday. During its quarter of a century of existence, Ducati sold over 325,000 units of this piece. As a result, the Monster 1200 25° Anniversario is made to be the company's anniversary motorcycle with just 500 produced.

Ducati selected a patriotic color scheme for this motorized bike with a "livery [that] features the three colors of the Italian flag on the nose fairing, fuel tank and passenger seat cover." In addition, the anniversary motorcycle boasts a lighter frame with durable carbon fiber components, as well as a powerful Testastretta 11 DS L-twin motor that racks up to 147 horsepower.
3.3
Score
Popularity
Activity
Freshness
Get the 2021 Trend Report FREE