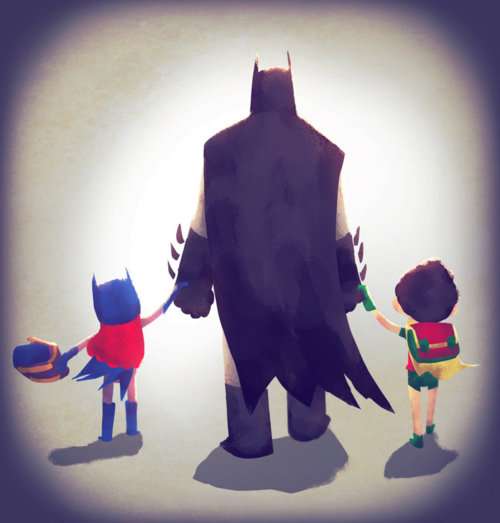 Andry Shango Displays the Softer Side of Crime Fighting Vigilantes

Andrew Robertson — June 5, 2012 — Pop Culture
References: andry-shango.deviantart & lacarpa.tumblr
Taking popular comic book characters and reshaping them through the lens of a child's imagination, Andry Shango depicts the softer side of a heroic life.

What kind of father figure would Batman make? As a child, what did Thor think he wanted to be when he grew up? These are the types of questions that Shango decides to answer through his artwork. The illustrations are a combination between comical whimsy and impressive skill. When most people see Batman they think hero, vigilante, crime fighting, etc, despite the context that he's placed in. Shango's Batman looks and feels like a father picking up his kids from school -- that shift in impression is itself an accomplishment.