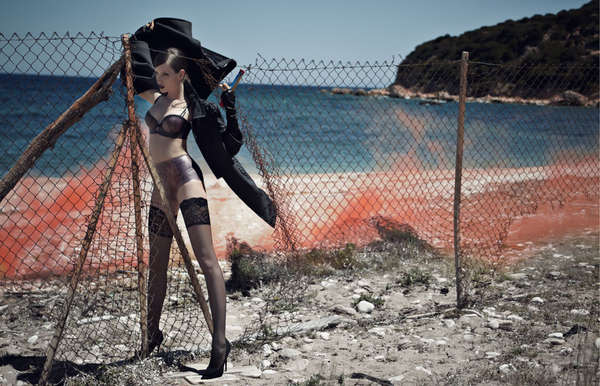 The Amina by Fulvio Maiani Editorial is Sensual and Sand-Filled

The Amina by Fulvio Maiani editorial takes place on a deserted beach, where the staggering (and scantily-clad) star of the shoot, Amina Kaddur, vamps it up, looking like the pinnacle of luxury in sunglasses, a see-through top and a bra. Another highlight sees Kaddur underneath a broken chain-link fence, her legs shoulder-width apart. The image projects power, sexuality and fearlessness.

It's photos like these that make the Amina by Fulvio Maiani such an engrossing editorial -- he takes a familiar setting and imbues it with style and bold sex appeal.