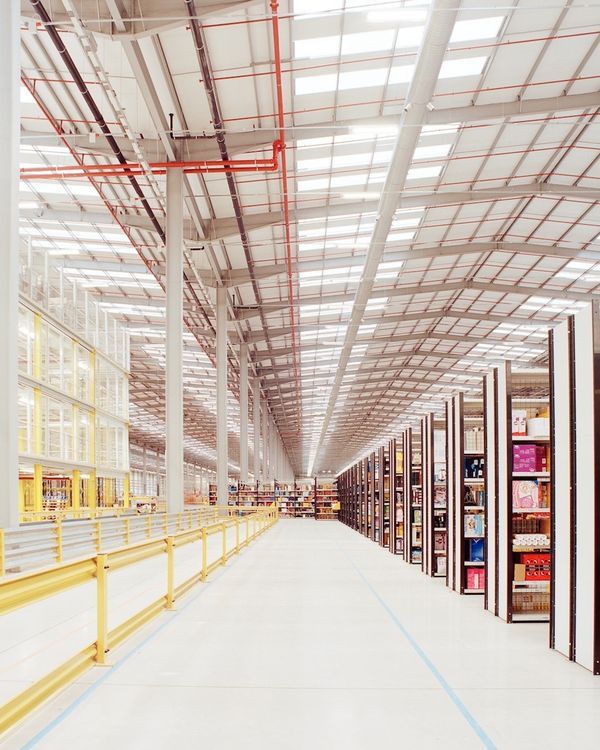 Amazon Unpacked Reveals the Retailers Behind the Scenes

Vasiliki Marapas — November 5, 2013 — Fashion
References: benrobertsphotography & trendland
Share on Facebook Share on Twitter Share on LinkedIn Share on Pinterest
‘Amazon Unpacked’ by Ben Roberts is a culturally compelling series that examines the effects of the retail giant. Roberts photos accompanied an article in the Financial Times Weekend Magazine that investigates the powerful impact of a recently opened branch in Rugeley, UK.

Amazon has responded to scrutiny by advocating the amount of job opportunity they have to offer, especially in such an uncertain financial climate. However, the jobs are moving from regular stores (which Amazon is slowly pushing out of business) to gigantic warehouse settings, which are the focal point of Roberts's series.

The warehouse itself is enormous, filled with copious, seemingly never-ending rows of shelves. The series captures the daunting material excess and sense of monotony, leaving the doors open for social commentary.