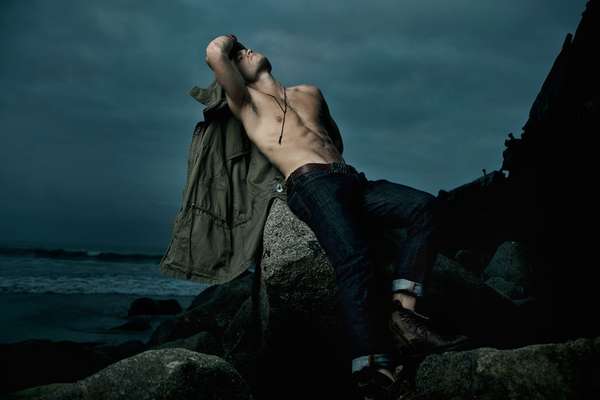 Marriska Fernandes — November 1, 2011 — Fashion
References: vimeo & fashionising
There are editorials, every now and then that focus on war themes and military fashions, but the Alexi Papalexopoulos 'War Story' shoot goes deeper.

Shot by Alexi Papalexopoulos, Brian Gove gets into serious military mood as the shoot not only captures the military outfits, but also gets into the inner conflicts that one battles with oneself. It reflects the deeper level of self-conflict as a man gets into a war of his own.

The photographer has brought out the intense emotions by using the cold and isolated beach as a backdrop. A serious tone is adopted in the quest to bring out the battling theme of war and conflict. If anyone wants to get a glimpse of photography with a theme at its best, the Alexi Papalexopoulos 'War Story' shoot is picture-perfect.
4.6
Score
Popularity
Activity
Freshness