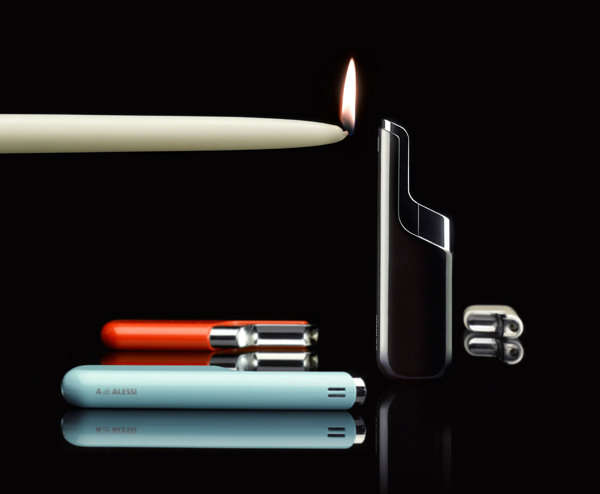 Alessi Sushi by Rodrigo Torres Could Dethrone the Timeless Zippo

Meghan Young — May 24, 2013 — Art & Design
References: behance.net & fastcodesign
Share on Facebook Share on Twitter Share on LinkedIn Share on Pinterest
The Alessi Sushi lighter may very well displace the iconic design of the Zippo lighter, which was first introduced in the 1930s, popularized by U.S. forces in World War II and made timeless in countless of action films. Sleek and simple, the Alessi Sushi lighter may be considered a futuristic alternative, but in the age of Apple products, it is clear people love the look.

Created by Rodrigo Torres, a designer based in Milan, Italy, the Alessi Sushi lighter is functional. It fits easily in pocket yet has an extended lip that makes it perfect for kitchen uses as well such as lighting gas stoves and small candle holders. Torres says, “I wanted to create an iconic, domestic, and sympathetic object. A product that[...] reminded the user of the emotiveness and warmth of that period of time when home appliances told a story through simplicity, joy, and a very strong identity.”
2.2
Score
Popularity
Activity
Freshness
View Innovation Webinars