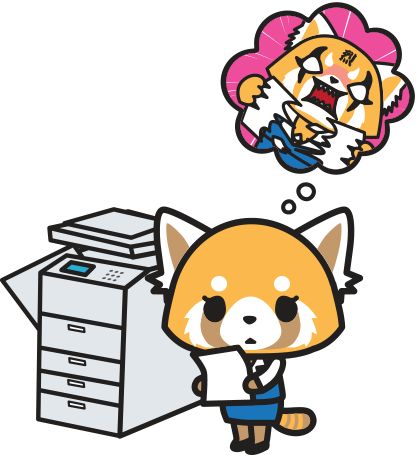 Aggretsuko is a New Character from Hello Kitty's Sanrio Studio

Joey Haar — January 10, 2017 — Pop Culture
References: sanrio & io9.gizmodo
Share on Facebook Share on Twitter Share on LinkedIn Share on Pinterest
Aggretsuko is a new character from Sanrio, the anime studio behind the Hello Kitty franchise. The cartoon red panda, who is part of the Hello Kitty universe, is an adorable character with a dark side that is likely to resonate with the franchise's Millennial fans.

Hello Kitty is ostensibly for children, but the anime characters have managed to penetrate Millennial culture thanks to a combination of nostalgia and irony. But while most Hello Kitty characters are either children themselves or designed to be appealing for children, Aggretsuko is a Millennial with a backstory that many of her real-life contemporaries can relate to.

The red panda is a 25-year-old living in Tokyo and working as an office associate for a massive trading company. Though she loves where she lives, her cute appearance has made her a pushover with her bosses and coworkers, ultimately pushing her to a breaking point. During her time off, she lets loose by going to a karaoke bar, drinking, and singing heavy metal.
1.6
Score
Popularity
Activity
Freshness
View Innovation Webinars