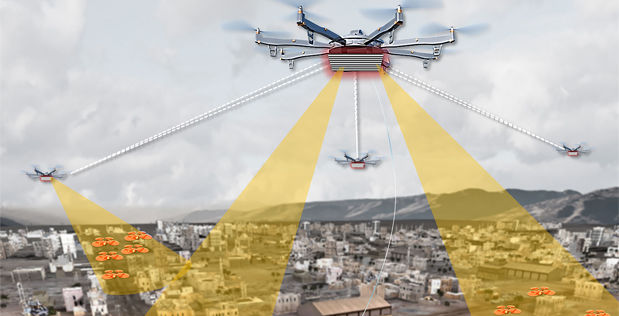 DARPA is Accepting Proposals for Its 'Aerial Dragnet' Program

While drones are an excellent product for consumers interested in photography, film, or simply flying in general, they pose a regulatory problem. There are currently incredibly advanced tracking systems in place for monitoring high-altitude, high-speed aircraft, but no such system exists for drones and other small unmanned aerial vehicles. Such a technology might be a necessity though, as the unfortunate reality is that people could use drones for illicit purposes.

DARPA's Aerial Dragnet program proposes to institute series of surveillance nodes throughout cities of interest, either in the form of fixed instruments or "long endurance drones." These nodes would be able to track drones, even without a direct line of sight.
2.8
Score
Popularity
Activity
Freshness
View Innovation Webinars