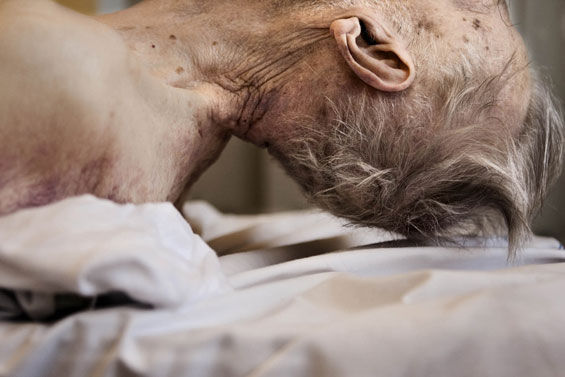 About Dying by Cathrine Ertmann Captures the Universality of Death

Meghan Young — December 4, 2014 — Fashion
References: cathrineertmann.dk & beautifuldecay
The About Dying photo series references a hot topic that happens to be on many people's minds of late: Death. Proliferated by pop culture, this obsession with death might seem morbid to some, but to others it is simply a generational response to the unknown. After all, everyone will pass on to another existence one way or another. That is exactly the sentiment that the About Dying series explores.

Focusing on the universality of death, the About Dying series keeps the identity of the recently dead anonymous for a powerful purpose. The Danish photographer, Catherine Ertmann, elaborates, "It deals with the incomprehensible fact that life ends and hopefully remind the audience that our time here is precious and what things really matter while we are here."
6.7
Score
Popularity
Activity
Freshness