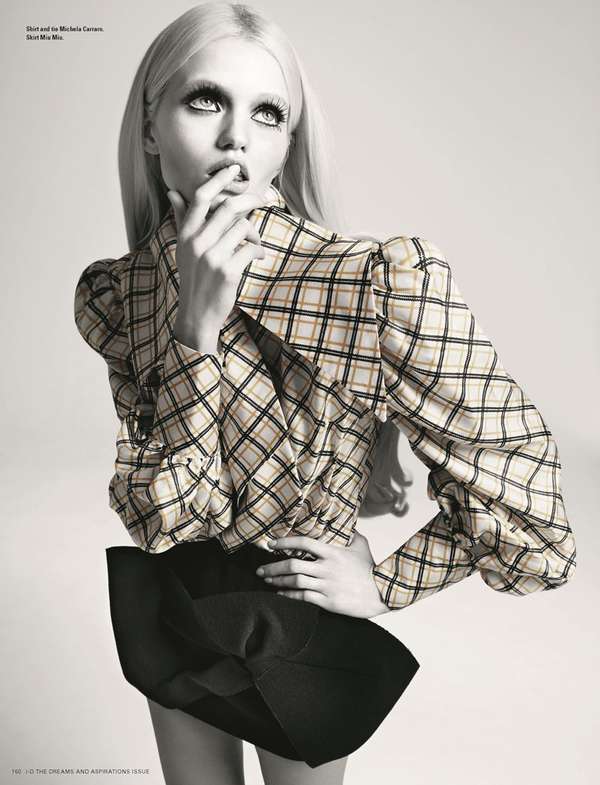 Captured by Richard Bush, the editorial focuses on dreams and aspirations and portrays Kershaw as a little dressed-up doll. She wears the mini-pleated school skirt along with a shirt and the tie reminiscent of a school uniform. The shoot, titled ‘the most important thing about dreams is having one’ captures the essence of what girls dream of becoming when they grow up. Hence, the Australian model played a perfect leading lady for a surreal shoot that captures her simple and spooky dolled-up features.

Sarah Richardson styled Kershaw with some very apt designer wear from the likes of Burberry Prorsum, Prada and Yves Saint Laurent among others. The shoot also used large props that stand out, like the enormous clutch, huge beaded necklace and massive earrings. This issue sure gets larger than life.
6.4
Score
Popularity
Activity
Freshness
View Innovation Webinars